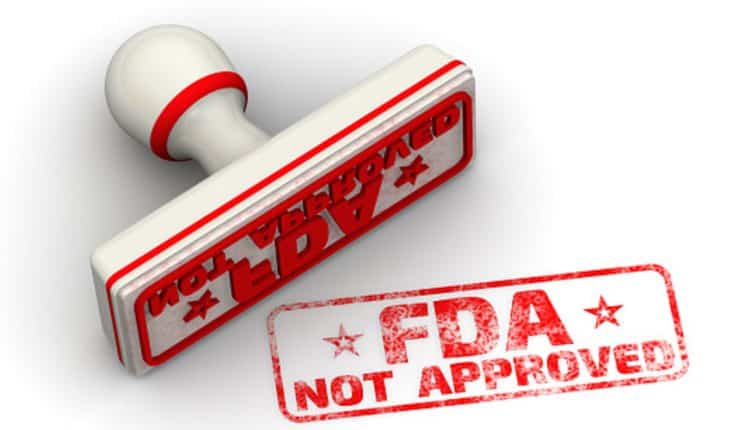 The U.S. Food and Drug Administration (FDA) declined approval for two additional China-tested cancer drugs – HUTCHMED’S surufatinib and Coherus BioSciences and Chinese partner Shanghai Junshi Biosciences’ toripalimab – in a Complete Response Letter (CRL) on May 2nd, 2022. There’s something in common here with these declines – these trials were conducted solely in China and the developers were seeking U.S. approval.

These additional two FDA denied approvals follow in the wake of a recent decision by Oncologic Drugs Advisory Committee (ODAC) – a committee that reviews and evaluates data concerning the safety and effectiveness of products for use in cancer treatment and provides recommendations to the FDA Commissioner – and their decision to decline the approval of Lilly’s sintilimab application that provided China-only clinical trial data. Ultimately, ODAC expressed support for FDA’s view that data from trials of checkpoint inhibitors performed only in mainland China aren’t applicable to the U.S. population.

Let’s dive further into FDA’s decisions and how this will impact future oncology clinical development.

Sintilimab, in combination with pemetrexed and platinum chemotherapy, is indicated for use in patients diagnosed with Nonsquamous Non-Small Cell Lung Cancer (NSCLC). FDA indicated in their CRL that Lilly and Innovent Biologics’ BLA clinical trial development data was not generalizable to the United States (U.S.) population and is additionally inconsistent with U.S. medical practices. This study was conducted in order to secure approval in China but was submitted to FDA after the sponsors came to believe the FDA would be inclined to accept single-country data.

But the CRL indicated the need for a MRCT before U.S. approval would even be considered. Additional concerns were raised around the application’s lack of pre-planned survival analysis, primary endpoint of progression-free survival, and a lack of planned testing for overall survival which is considered an oncology trial gold standard endpoint. This trial was powered for progression-free survival without prespecified statistical testing for overall survival.

Richard Pazdur, Director of FDA’s ODAC, recently commented on this decision: “Such situations may warrant a greater degree of regulatory flexibility, but nevertheless require confidence in the generalizability of the data to the U.S. and data integrity,” and “this may be accomplished with more restrictive indications or request for additional trials conducted in the U.S.”

Surufatinib is indicated for the treatment of pancreatic (“pNETs”) and extra-pancreatic (non-pancreatic, “epNETs”) neuroendocrine tumors (“NETs”). HUTCHMED’s surufatinib diverges from other recent application submissions with its inclusion of a U.S. bridging study in addition to their two China-conducted Phase 3 trials supplied in their New Drug Application (NDA).

In a May 2020 pre-NDA meeting, the FDA indicated their two planned Phase 3 clinical trials plus a U.S. bridging study – a study performed in the U.S. to provide pharmacodynamic or clinical data on efficacy, safety, and dose regimen in this new region to allow extrapolation of the foreign clinical data to the population in the U.S. – may be enough for approval, however, current FDA opinion reflected in a recent CRL on May 2nd, 2022, that indicates a need for additional MRCT data before approval will be granted.

FDA communicated via CRL that current clinical data provided in the toripalimab BLA supports the application despite their clinical trial data originating primarily from China, Taiwan, and Singapore, but the CRL cited a request by FDA for a “quality process change” with no mention of their lack of MRCT data.

Why is FDA’s Opinion Different in the Toripalimab CRL?

The answer to this question appears to boil down to the product indication itself. Toripalimab, if approved, will be the first immunotherapy in the U.S. indicated to treat advanced nasopharyngeal carcinoma. The lack of MRCT data was directly addressed in the toripalimab CRL in which FDA stated, “this indication warrants regulatory flexibility with respect to the sufficiency of single country clinical data”.

Aside from the rarity of NPC and direct need for better therapies, there is also a stark difference in racial groups affected by NPC in comparison with NSCLC and pNET/epNET cancers. Individuals with Asian ancestry have been found to have the highest NPC incidence and overall mortality rates in comparison with all other studied racial groups (Wang, 2013). In comparison, NSCLC accounts for 85% of all lung cancer in the U.S.  (Molina, 2009) while NET prevalence has increased greater than 6-fold in the U.S. in recent decades (Maharjan, 2021).

The Changing Tide of FDA Opinion

Richard Pazdur recently stated, “I want people to have an understanding that if we move in the direction of accepting data from one geographic area, this is a step backwards in all of our conversations about ethnic and racial diversity,” and “We have several programs at the FDA, including Project Equity, trying to address this issue. We just had a meeting yesterday with external groups to celebrate Black History Month, and the primary thing that many people said was, ‘we want people that look like us on this trial.”

FDA has indicated their goal of clinical trial racial and ethnic inclusivity and the subsequent drive to ensure the clinical trial data presented in NDA and BLA applications are representative of the target population in which the sponsor seeks to treat.

Given the tide of changing opinion in ODAC in recent months, it’s critical that sponsors consider their target population and whether their clinical trial design and location(s) are sufficiently representative of the patient population. The recent requests for MRCT data by FDA will undoubtably generate additional costs and burden on the sponsor, however, the agency’s recent comments should be taken seriously during the clinical trial design and planning phases of development.

If the recent CRLs are to be used as a guide to FDA approval, sponsors seeking authorization in the U.S.  should be acutely aware the possibility exists that failing to incorporate MRCTs when developing drug products outside of the U.S. may be denied access to the U.S. drug market.

If you have any questions about these decisions and want to further the conversation, please be in contact with our team.

What’s Behind the 2022 CDER Decline in Marketing Application Approvals for Novel Drugs?