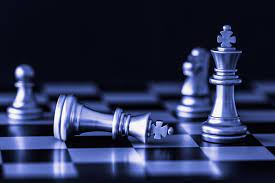 The competitive landscape can have a far-reaching impact on drug approval, and with that in mind, we want to share a story with you about a long-standing client’s Biologics License Application (BLA) journey for a new late-stage cancer drug. When our client asked Halloran to submit the BLA within such a short turnaround, we knew that time was of the essence due to competition, so we streamlined six weeks’ worth of work into two weeks to submit the BLA. Excited at the opportunity, we knew the sooner the BLA was submitted, the sooner we could help patients who desperately needed this treatment.

The client’s drug had received Fast Track designation – a process designed to facilitate the development, and expedite the review of drugs to treat serious conditions and fill an unmet medical need. Fast Track designation is one of the four distinct and successful approaches to making such drugs available as rapidly as possible, and the other approaches include Priority Review, Breakthrough Therapy, and Accelerated Approval.

To obtain Accelerated Approval, a sponsor must demonstrate that the drug:

But here’s the catch – the sponsor must show their drug is better than the best available therapy at the time of accelerated approval action, which means that if another drug acquires Full Approval first, or converts Accelerated Approval to Full Approval, that drug becomes the new Standard of Care (SOC) to be compared against.

Despite the client’s rapid BLA submission and expectation of Accelerated Approval by year-end, a competitor converted their drug’s Accelerated Approval into Full Approval for the same oncology indication four months early, essentially beating out our client. The competitor’s full product approval occurred on the same day as our client’s BLA Late Cycle Meeting (LCM) with the FDA – a meeting held for applicants to discuss the status of the review of their application late in the review cycle. Talk about terrible timing.

For Accelerated Approval to be granted for our client’s drug, we would have needed a direct comparison between the client’s drug and the new SOC drug in the same randomized clinical trial, which is data we didn’t have. With the competitor getting Full Approval, the FDA made it clear that the SOC had changed and our client’s BLA was no longer eligible for Accelerated Approval. Therefore, the FDA recommended withdrawal of the BLA – an unexpected turn for our client’s journey. This news was devastating for their team, especially after all the time and effort they put into pushing this drug forward.

As a sponsor, if you’re seeking accelerated approval – and taking this case study into account – you must keep a very close eye on the competitive landscape. Because our client kept a pulse on competition from the start and they knew a competitor was filing a supplemental BLA (sBLA) for the same oncology indication, they urged our team at Halloran to file the BLA early to beat the competition’s filing. And we did beat them. However, the client was unaware a different competitor had filed a sBLA to convert their drug’s Accelerated Approval to Full Approval. This critical information was buried in the competitor’s large press release containing multiple updates about other oncology indications. Because our client was unaware, they didn’t have a clinical study that directly compared their new drug against the competition, and therefore, withdrew their BLA at FDA’s recommendation.

The bottom line is this – identifying a dedicated resource whose primary responsibility is to scrutinize the competitive landscape as often as possible is critical to success for Accelerated Approval.

A Note on Competitive Intelligence

Let’s zoom out from this case study to dive further into the key takeaway here – the necessity of keeping a pulse on competitive intelligence. But what does that look like?

Over the last year, we have witnessed unprecedented success, advancement, and investment in biotechnology research and development (R&D). As a result, R&D competition is as fierce as it has ever been. To win the race and achieve development success, companies are laser-like focused on their minute-to-minute progress of assets and portfolios – each development milestone is closely tracked, and positive data is celebrated while programs are accelerated. As the increasing appetite for risk increases, so does the likelihood for triumphant strategy. But on the other end of that spectrum can be startling defeat.

A common misconception in the industry is that each asset or program will ultimately succeed or fail based on the commitment to execution and the merits of the underlying rationale for development. This inward-facing diligence, while absolutely imperative, typically does not incorporate a rational, pragmatic, and unbiased view of the competition.

However, in the context of regulatory strategy and early-phase clinical trial design, a real-time review of in-class competitive programs is essential to reducing the risk of failure in development or in the market. This review should be a thoroughly vetted scientific, technical, and quantitative synthesis of data that increases knowledge about what an organization is up against and informs decisions on how to win. This is competitive intelligence.

Competitive Intelligence: How to Get an Edge Over Your Competitors and Earn Investor Trust to Win the Product Development Race

Is the Accelerated Approval Pathway at Risk?

The Need for Speed in Drug Development: A Sponsor’s Guide to FDA Expedited Programs